How to use a seed tray

pre-sowing in seed trays has many benifits. In this blog we show you how to use a seed trays, explain the benefits and give you 3 tips for a succesfull germination. 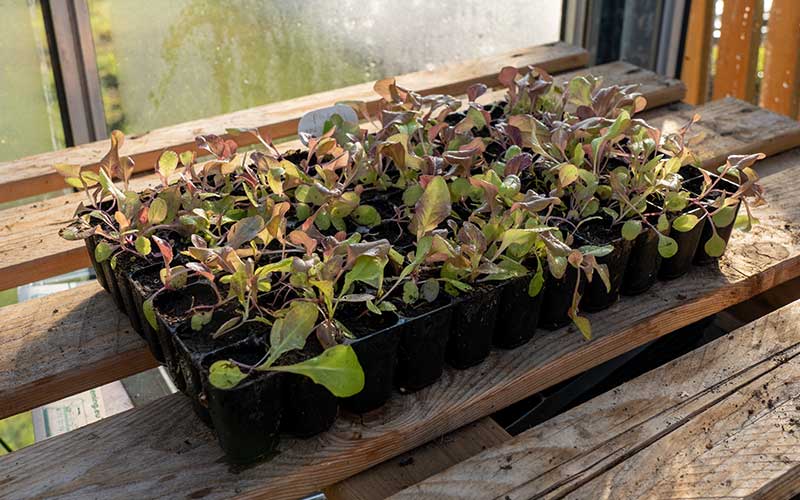 You like to grow your own plants and probably have a vegetable garden. You see on social media other gardeners pre-sowing. But what is pre-sowing and why do gardeners use a seed tray for it? In this blog, we are going to explain how to do that and what the advantages are so that you too can enjoy the benefits of pre-sowing in seed trays.

First, of course, the questions: Why should you pre-sow, and what does it actually entail? The word says it all, sow before you sow. During pre-sowing, we often sow earlier in the season. Because we want to sow earlier in the season, you often cannot sow directly into the soil. The main reason for this is that the soil outside is still too cold to sow directly. So to outsmart the season, gardeners sow indoors or in a greenhouse because it is warmer. The seeds germinate in the greenhouse or on the windowsill and are grown there until it is warm enough to transplant outside.

Advantage of using a seed tray

Since we won’t be sowing directly in the open ground, you need something to grow your plants in. Besides yoghurt cups, toilet rolls or old P9 plant pots (The pots that plants are sold in at garden centres) you can also use seed trays. Other names for seed trays are plug trays, propagation trays or module trays. When the seedling or cutting has filled the cell in a seed tray with roots, you get a firm clump of soil. This clump of roots is called the plug.

So you can use seed trays to sow earlier in the season, or in a place other than your garden beds. We are going to use these two advantages and explain to you why that is so interesting with an example of tomatoes and lettuce.

Unfortunately, tomatoes can’t withstand frost. But in summer, when the sun is shining, you want the plants to start forming beautiful tomatoes. You’d like to get a head start on the season because tomatoes in the Netherlands can only grow outside from mid-May (the last day we can historically get night frost, also known as Ices Saints). If we can sow earlier we harvest over a longer period of time and grow heat-loving plants in colder climates. By using seed trays you can extend your growing season!

Why you should try succession planting

We now know that you can use seed trays to extend the gardening season. Or rather how to make the most of the sunny weather. The second advantage of using seed trays is that you don’t have to sow in your garden beds. You can use that advantage to make smarter use of the space you have. So what you can do is use a seed tray to sow and grow lettuce which you will later transplant to the tomato beds. At the end of August when you are still harvesting tomatoes, pre-sow lettuce in your seed trays. By the time it gets colder and you can remove the tomato plants, you will already have a propagation tray full of beautiful lettuce plants. New plants instead of seeds are ready to fill the empty space left by the tomatoes. And now comes the best part because 4 to 6 weeks later you will already be harvesting the first fresh lettuce! Your beds are much less empty throughout the year and you can harvest more because you can plan everything in sequence.

3 tips for a succesfull germination

If you want to grow in seed trays, you need to think about a few things. First, the soil should not be too wet because your seeds will rot. If the excess water cannot drain out of the cells through the soil, it will become soggy and you will get mould. So it is important that excess water can drain away. This is why seed trays should have large holes. If you grow in pots or empty single-use trays and cups, cut some (extra) holes in them.

Secondly, plants growing outdoors need a lot of light and are different from houseplants. If they don’t get enough light, they become tall and thin. Make sure that the spot you choose gets lots of natural light (such as a greenhouse or south-facing window) or that you add extra growing light (e.g. with an LED light).

Thirdly, think about the temperature. Seeds germinate best on average around 15 to 18°C. You sometimes read that seeds germinate within 1 to 3 weeks. This indicates that in warm and “optimal” conditions seeds can germinate within a week but if it is colder it can take up to three weeks. If it is too cold seeds do not germinate at all. To help you, we have listed the germination temperatures of most seeds for you in this blog.

← Prev: Broad beans - Everything you need to know Next: December Vegetable garden Calendar: What to do in your garden? → 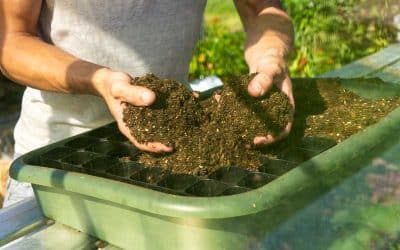 Here’s how to make your own potting soil mix

Creating your own potting mix will increase the harvest of your vegetables and flowers. Did you know that the start of your seedlings determine the overall growth? The first root growth will be the base for the rest of your plants to build opon. 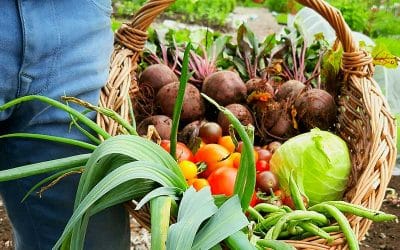 How To Make A Vegetable Garden Plan

It’s not every day you need to create a plan for your vegetable garden. So where do you start and what to look out for? Let’s look at 9 steps that make making a plan a piece of carrot. 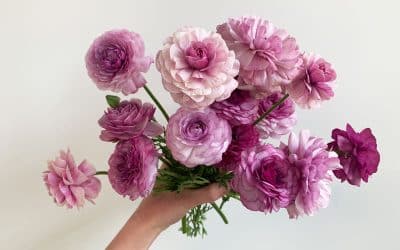 How to succesfully grow your own ranunculus from corms

Growing ranunculus from corms or bulbs can be tricky. But with the right information it is not as hard as you might think! In this blog post you can find all the information you need.

We use cookies on our website to give you the most relevant experience by remembering your preferences and repeat visits. By clicking “Accept”, you consent to the use of ALL the cookies.
Cookie settingsACCEPT
Manage consent

This website uses cookies to improve your experience while you navigate through the website. Out of these, the cookies that are categorized as necessary are stored on your browser as they are essential for the working of basic functionalities of the website. We also use third-party cookies that help us analyze and understand how you use this website. These cookies will be stored in your browser only with your consent. You also have the option to opt-out of these cookies. But opting out of some of these cookies may affect your browsing experience.
Necessary Always Enabled
Necessary cookies are absolutely essential for the website to function properly. These cookies ensure basic functionalities and security features of the website, anonymously.
Functional
Functional cookies help to perform certain functionalities like sharing the content of the website on social media platforms, collect feedbacks, and other third-party features.
Performance
Performance cookies are used to understand and analyze the key performance indexes of the website which helps in delivering a better user experience for the visitors.
Analytics
Analytical cookies are used to understand how visitors interact with the website. These cookies help provide information on metrics the number of visitors, bounce rate, traffic source, etc.
Advertisement
Advertisement cookies are used to provide visitors with relevant ads and marketing campaigns. These cookies track visitors across websites and collect information to provide customized ads.
Others
Other uncategorized cookies are those that are being analyzed and have not been classified into a category as yet.
SAVE & ACCEPT
Powered by